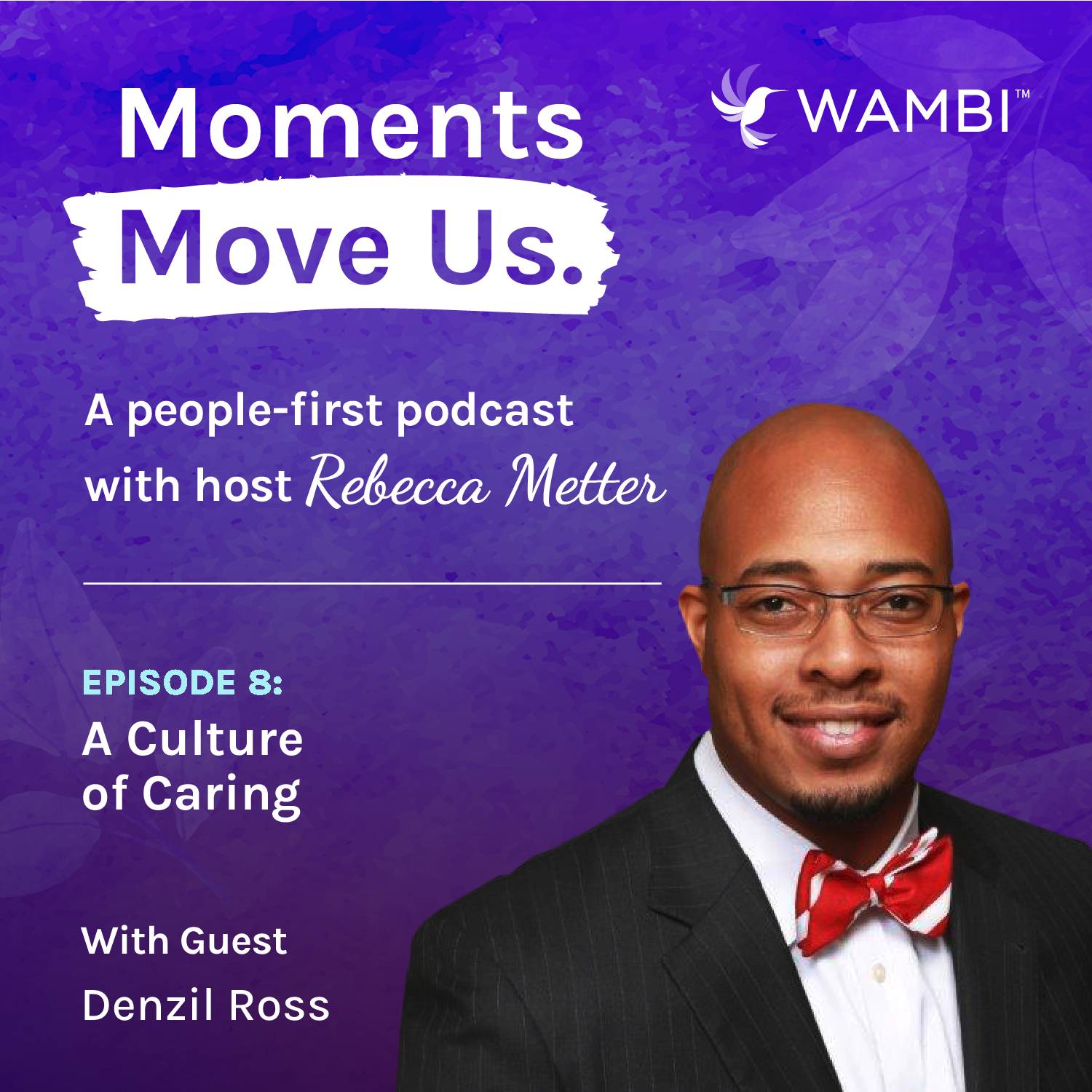 A Culture of Caring 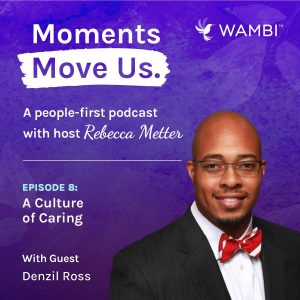 A Culture of Caring

“Be visible, build relationships, show that you’re an authentic leader, and follow through when issues are brought to your attention.”

People in the C-suite can seem completely inaccessible to lower-level employees. That’s why real leaders are intentional about shortening the distance between themselves and their teams. Denzil Ross, CEO at Northwest Healthcare Tucson, has been an executive at a number of different facilities. His experience has taught him the importance of leadership visibility and building relationships throughout the organization. In this episode, Denzil shares a deeply personal story around what it means to have a heart for listening. His perspective will help you gain a deeper understanding of how to create a culture of caring and how to build trust through open lines of communication.

What To Listen For: Listening, Building Relationships, Asking Questions

Moments that Moved
Impact Quotes
Moments that Moved
In multiple organizations, not even within my own organization, I’ve heard staff say, “I don’t know who my leaders are, because I don’t see them” which results in them feeling like we don’t understand what they deal with on a day-to-day basis; putting them in a silo. So, by leaders being visible, we’re able to break down those silos.

When I round on my staff, I ask a series of questions; not to tick it off a checklist, but because I really want to know. What do you enjoy about being here? What are the things that you would change if you had the opportunity? Do you have all the tools and equipment to be successful? I then take those answers and try to maximize those answers. If we’re expecting our staff to do certain things and operate at a certain level, but we’re not giving them the tools that they need to do so, then they feel like they’re starting to take step backwards.

In one of our organizations, we have a “You Asked, We Listened” board and we put it up in one of the high traffic areas. We read all of the reviews and comments from our employee surveys, and when there are items that we could implement, fix, and change, we put it up on the board as a gentle reminder that these concerns are heard.To give an example, in the winter months it gets dark outside earlier, and the staff coming in at night felt unsafe. So, we worked with the city to install streetlights, and we had our security do extra rounding to have an extra presence in the parking lot! Afterwards, we posted this implemented solution up on the board, saying “You brought up a situation or an example about safety on the campus, and we want you to know that we listened.”

It starts with building relationships. I’ve had employees who have come to me and have opened up about particular things. As part of the conversation I ask, “Have you shared this with your direct leader?” And they say no. Then I ask why, and they reply, “Well, I don’t know them that well.” Then I ask the question, “Why is that you work a lot closer with them than you work with me, but you only willing to share this concern with me?” Then they tell me, “You actually stop and talk to me. When you’re walking in the halls and you’re rounding and you ask about my family, and you ask them about my kids, and you ask about my job…my leader doesn’t do that.” Of course, I’m able to share that feedback with that leader, but it starts with building that relationship, being authentic in the way that you lead. Once you’re able to establish those relationships, people look to see how you respond and what you do when they bring an issue or an idea to you. Of course, not every idea is going to be executed and not every issue is going to be solved that next day, but it’s about the follow-up and the follow-through. People feel so much more included in your organization when they’re able to have those conversations.

I had a group of Environmental Services (EVS) employees who are Spanish-speaking, and they didn’t have a lot of people around them [leaders] that could speak Spanish. I’ve had the luxury, I would say, of growing up and living in Trinidad where there is a huge Spanish influence. I learned Spanish in high school and in college. While I’m not fluent in Spanish, I can hold a typical conversation. One of the things that I found, was that they appreciated me speaking to them in their tongue. To them, it felt like I was going the extra mile to understand who they were and understand their culture. Thus, we were able to make some really strong our relationships with some of the EVS staff at this hospital. One day while rounding, I had two of them share with me that they don’t really have the opportunity to select their work schedule. “Tell me more about that,” I said. “Why is that a problem for you? Who have you talked to? What has been the outcome?” I started to dig and asked pointed questions. I knew they both had kids and I knew the kid’s names, but we’ve never gotten into great detail about the background of the kids. It turns out that these two ladies who were having this conversation with me were cousins, and their children had special needs. Because of that, it made it very difficult at times to get up very early in the morning and get moving. I listened, and before I moved on to ask more questions to try to find a solution for them, I started asking them about the kids because I knew very little. I wanted to help them and find a solution, but I want to know a little bit more about them as the individuals. We all have a story, and we all have a background, and sometimes when we look at a solution or we look at a problem at the surface level, and we don’t fully understand what the background and the backstory is. Thus, we’re forced us to make a very surface level decision. “Let me have a conversation with your leader. Then I want you guys to join in on that conversation if you feel comfortable because I want you all to share the backstory as well. That’s maybe what your leader is missing.” That leader was a very strong leader and was very open to the conversation. And once we were able to bring that additional piece of information to him, he understood and he was able to say fully understand and say, “Let me see what I can do.” After the conversation and the two ladies were excused, the leader asked me, “How do you know that information about them?” I explained that it was because I asked. Don’t be afraid to ask. Let your staff dictate how much they share with you, but they can’t share or won’t share unless you ask.

I knew that [our former CEO] had the right heart and the ear to listen to what I had to say. We had the conversation about the significance of what we saw on that fateful day, of what happened to George Floyd and then how often it had happened before. As we conversated, we considered how many times it had happened without us even knowing…how in this day and age, over the last couple of years, there’s been a push for body cameras on police officers, and everyone has a cell phone and now everyone is recording everything. We’ve seen a lot of things come to light that we can look back and think about how often did these things happen that we don’t know about? This person is a white male, and I was able to share some of my personal run-ins with law enforcement, and I really opened up and shared with him a lot of things that I know as a black man in America, that he wouldn’t understand purely because of the color of his skin. He agreed and he shared some of that with me. An hour and a half later, after we both sat in his office door closed, both of us just bearing our hearts, he asked the question, “Denzil, how can I as a white male help the situation? How can I as a white male in America help?” My answer to him was, “Say something. When you see it, call it out, because when we call it out without someone with the right heart to listen, it could easily be seen as anger when really and truly it’s the passion that we have to being seen as equal that we’re crying out for. When you hear the terms ‘Black Lives Matter,’ we’re asking to matter. We’re not asking to matter anymore than our fellow counterparts, we’re asking to matter because it doesn’t seem like we do.” And so after we got together, we connected with the Office of African-American Affairs at the organization. We worked with them on an eight-part podcast to talk about discrimination in eight different aspects including health care education, policing, the arts, music. We involved a number of different African Americans of color across the city in different leadership roles. We also hosted a city-wide conversation where we invited people to just talk, and we received so much great feedback about that! I look back and I’m so happy and appreciative to him for wanting to be part of this conversation. We as leaders need to create environments and cultures where people feel free to open up and ask those questions.

“In this world of healthcare, especially with the last two years of what we’ve seen, if at any moment that people in healthcare don’t believe that healthcare is the business of people, then you’re already a step back.”

“It starts with the staff and the team and being able to create a culture and an environment where people come to work not because they have to or because they need a paycheck, but because they want to, and they want to feel a part of something greater than themselves. They want to be able to be in an environment and a culture where they could be their true selves and operate at the top of their license and do great work. That’s where it starts. There, once you’re successful to any degree in creating that environment, then it flows over to the patient and being a patient centered organization where we put the patient at the center of all decisions.”

“If at any moment people in healthcare don’t believe that healthcare is the business of people, then you're already a step back.” 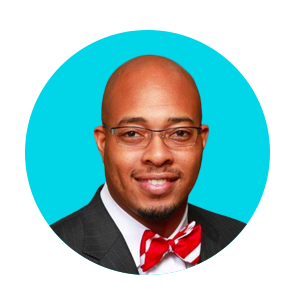 Moments Move Us is a podcast hosted by Rebecca Metter, CEO of Wambi. 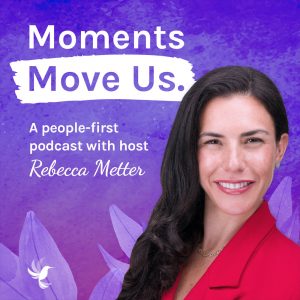