Fall is a time of many conferences and events for nurses, physicians, and other clinicians. After reflecting on the many keynote speakers, panel discussions, break-out sessions, and shared stories that I have recently experienced, a common theme has emerged that validates much of what we hear about clinician burnout. This theme is a trend among nearly all organizations, inpatient, outpatient, large or small, academic or community-based. It is a sense of a lack of value and respect shown to clinicians (and often by colleagues towards each other) for their work in providing care. In conjunction with the conference information, the recent study on clinical wellbeing (NAM, 2019) has grabbed my attention due to the staggering statistics, including the fact that “between 35% – 54% of U.S. nurses and physicians have substantial symptoms of burnout” (NAM Study Highlights, 2019, para. 2). How is this good for clinicians or for patients for that matter?

Factors such as meaning and purpose in work, as well as organizational culture, are contributors to burnout (NAM, 2019) yet not impossible to positively impact. Hard – yes, impossible – no. The good news is that with some work, these factors can be changed. Imagine the impact of sharing gratitude more regularly for the care that is provided and expressing thanks to team members for a job well done. Sounds soft, right? Not really. How do you feel when someone thanks you for doing your job? Warm, fuzzy, grateful? Consider the impact of how nurses, physicians and other members of the care team would feel if patients were able to directly recognize or thank them for their work in real-time. According to the recently released National Academies of Medicine study (NAM, October 2019) feeling appreciated and valued go hand-in-hand.

The significance of this is that it isn’t hard to express gratitude to clinicians to reinforce the importance of their contribution and provide validation for the meaningful nature of this work. If we know that sharing recognition and gratitude can reduce burnout, provide validation and demonstrate the value that clinicians bring to the patient care ecosystem, why don’t we do more of it? After all, we know that “Meaningful recognition has been acknowledged as a component of a healthy work environment” (AACN, 2017).

For some reason in healthcare, we have a hard time creating a culture built on the “positive” and an even more difficult time maintaining this kind of work environment. Using the tools that we have available will help us to build healthy cultures and positive work environments. According to the work done by the AACN (2017) “… meaningful recognition can influence a healthy work environment…” (pp. 443).

What if we are making this too hard? Working together and finding ways to recognize clinicians for their efforts will incrementally improve the work environment which is highly likely to reduce burnout and promote retention. This is the perfect time to incorporate technologic tools to help us build muscle memory and make it easier for expressing gratitude and demonstrating recognition to accomplish our shared goal of reducing burnout. 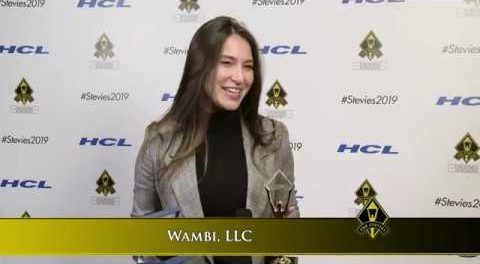 Health tech start-up in the running for both Fastest Growing Company of the Year and Young Female Entrepreneur of the Year.

Philadelphia, PA – October 7, 2019 – Wambi proudly announces that the company was named a Finalist in Fastest Growing Company of the Year category and co-founder Alex Coren was named a Finalist in the Young Female Entrepreneur of the Year category in the 16th annual Stevie® Awards for Women in Business. Both the company and Coren will ultimately be Gold, Silver, or Bronze Stevie Award winners.

The Stevie Awards for Women in Business honor women executives, entrepreneurs, employees and the companies they run – worldwide. The Stevie Awards have been hailed as the world’s premier business awards.

Gold, Silver, and Bronze Stevie Award winners will be announced during a gala event at the Marriott Marquis Hotel in New York on Friday, November 15. Nominated women executives and entrepreneurs from the U.S.A and several other countries are expected to attend. The event will be broadcast on Livestream.

More than 1,500 entries were submitted this year for consideration. “We are honored to be recognized by our business peers amongst such inspiring women,” says Coren. “This acknowledgement is a representation of the hard work our team has done, and our commitment to creating sustained change for our clients*.*”

Finalists were determined by the average scores of more than 150 business professionals around the world, working on seven juries. Their scores will also determine the Gold, Silver, and Bronze Stevie Award placements that will be revealed at the 16th annual awards dinner and presentations in New York.

“In its sixteenth year, the Stevie Awards for Women in Business received a record number of nominations. With the second annual Women|Future Conference preceding the announcement of winners on November 15, it will be a day to celebrate the achievements of working women around the world,” said Michael Gallagher, founder and Executive Chairman of the Stevie Awards. “We’re looking forward to recognizing the Stevie Award winners next month.”

Wambi CEO and Co-founder Rebecca Metter adds, “The tech industry has notoriously been dominated by male leadership. I am thrilled that my partner, Alex, is a part of this momentous time in our history when women are taking risks and bringing to bare their skills, vision, and creativity to improve our future.”

Details about the Stevie Awards for Women in Business and the list of Finalists in all categories are available at www.StevieAwards.com/Women.

About The Stevie Awards

Congratulations to the Top Women in Healthcare!
Tuesday, 16 July 2019

Alex Coren inventor, co-founder and CINO of Wambi and CEO & co-founder of its affiliate, Carepostcard was recognized as a rising start at The Top Women in Healthcare Awards Luncheon

“The Top Women in Healthcare Awards Luncheon took place on July 16, 2019 at The Yale Club in New York City. This celebratory event brought together female healthcare executives who are advancing their profession in meaningful and moving ways, with an impact on patients, customers and culture at large.” 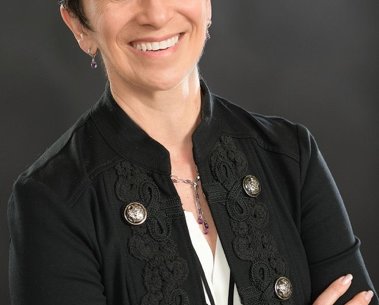 In this role, Dr. Clipper will oversee clinical innovation, user experience, and development of new product features that create value for Wambi’s clients, nurse leaders and their teams. Dr. Clipper identified Wambi as a best in class solution making a significant impact on the lives of care providers, nurse leaders, and ultimately, patients. “I was attracted to Wambi’s approach of improving the patient experience by directly empowering the clinical teams that care for them. I also truly believe in the motivational influence of competition and gamification, both of which set Wambi apart in a crowded health IT landscape,” says Dr. Clipper.

At its core, Wambi delivers an employee engagement and recognition platform powered by the voices of patients and their families. The system enables patients to express gratitude for those healthcare professionals who tended to them during the time of their care and leverages this data to drive engagement, reduce turnover, and improve the patient experience.

Dr. Clipper, a former Chief Nursing Officer, has spent her career focused on innovation in the nursing profession. In her most recent role as Vice President of Innovation at the American Nursing Association (ANA), Dr. Clipper mobilized nurses to think like innovators. “Nurses know what tools they need. They are well-equipped to identify what technologies do not currently exist but, if created and adopted, could bring positive change to the nursing field,” she remarks. “It’s hard to find reliable and effective ways to recognize your staff. Wambi solves that problem.”

As a thought leader and sought-after speaker on nursing innovation, Dr. Clipper will aim to demonstrate the power of real-time patient feedback and recognition to both domestic and international communities of healthcare leaders. Wambi CEO Rebecca Metter explains, “We are absolutely thrilled to have Bonnie join the Wambi family. With her extensive background in clinical innovation, Bonnie brings a deep knowledge and important perspective that will further delight our clients and increase awareness in the healthcare industry.”